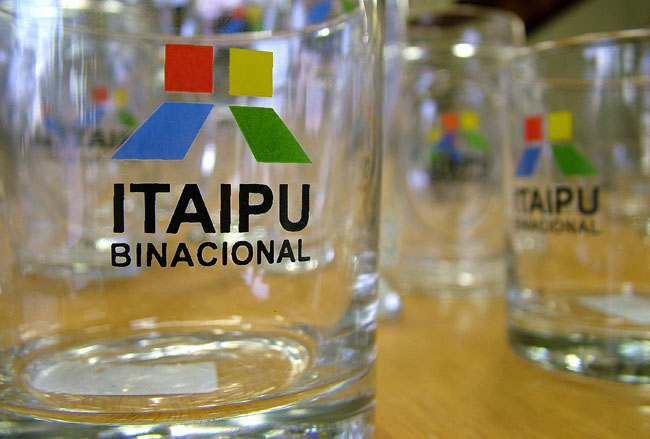 Call me crazy, but when I return to Foz do Iguassu I don’t plan to visit the Falls again. I’ve already visited both sides, I’ve spent a long time there, I’ve made the panoramic helicopter flight and, everything I wanted to see, I’ve seen. I want to go back to Itaipu to take a few tours that I was unable to take last time, such as the Ecomuseum, the Bella Vista Biological Reserve and the 10-kilometre Spawning Channel.

I know, the Falls are Nature’s gift to us and Macuco Safari is, by all accounts, not to be missed (maybe in my next incarnation). It’s just that I have a genetic defect: great feats of engineering – whether it be for the size, creativity or historic value – cause me great awe and fascination. The Iguassu Falls are inexplicable; but as they are the work of God, I can understand that there is no explanation for them. God is perfect and adores playing these geographical games – just think of what He has already got up to in Patagonia, in the Grand Canyon or in Fernando de Noronha, to name but just a few.

Now, get up close to a construction so millimetrically thought and carried out by beings considered incomplete, needy, unsatisfied and that – so it is said – use only one percent of their own brain… Scary, or what? Imagine, if you will, when they get round to using all the potential the scientists predict they have! In order to understand what the hydroelectric power station once was and is today there are three official tours: the panoramic tour, the special tour and the monumental illumination tour (as well as the institutional tour for research centres and universities).

On the panoramic tour, which lasts an hour and a half, you cover the route by coach, with a bilingual  guide, and see the dam externally. A documentary is shown before the tour starts, then the visitor is taken to privileged spots that offer beautiful views and excellent photo opportunities. On the way back, the coach passes over the top of the dam, revealing a different angle of the spillway: on one side the Parana River, on the other the immense Itaipu reservoir which supplies the power station) and in the background, the city of Foz do Iguassu.

The special tour – which I took – takes you inside the dam. The coach also has a bilingual guide and water onboard. There are seven stops. At the first, you have a panoramic view of the dam and the spillway, as well as the chance to gaze appreciatingly at the ceramic-tiled panel by the Parana artist Poty Lazzarotto that depicts scenes from the construction of Itaipu. Once inside the construction, you are very close to the  conduits – ENORMOUS white tubes – through which pass up to 700 thousand litres of water per minute (half the entire flow of the Falls in each of them!).

At the fourth stop, you come to the equipment that keeps the power station operating. You are not  allowed to stay here for more than three minutes because of the extremely high noise levels. The visit is so quick it seems surreal. Feeling Itaipu’s uninterrupted pulsation below your feet gives you the sensation that you are in a science fiction film. As you approach the central control room – where technicians  control everything via computers and electronic panels – you seem to be at NASA. I’ve never been to NASA, but I’ve seen plenty of films and I know exactly what it looks like. You may take as many photographs as you please.

At the end of the tour, you come to the kilometre-long galleries. Here you can see the gigantic covers of the 20 turbines. Each turbine is sufficient to supply a city of 2.5 million inhabitants. As you stand there, you remember the story from the documentary that was shown at the beginning of the tour. Construction of Itaipu – which is Tupi for “rock that sings” – started in 1973. At the height of the works, five years later, more than seven thousand cubic metres of concrete, the equivalent of a ten-storey building, were poured per hour. At the peak of the dam’s construction, more than 40 thousand workers were mobilised. When the sluice gates of the channel that diverted the Parana River were closed, the engineers believed that it would take three months to fill the reservoir.

However, torrential rains meant that in 14 days the world’s largest hydroelectric dam, in both size and generating capacity, was ready to be activated. In 1982, the spillway’s floodgates were opened, liberating the Parana River’s backed-up waters. There were those who didn’t like it. The city of Guaira lamented the disappearance of the  Sete Quedas falls, flooded by the reservoir. Even today, the city receives royalties from Itaipu for the obliteration of one of the region’s greatest attractions. However, let’s forget the bickering – after all, it’s already been forgotten! Don’t go thinking that when you come here you are going to see the magnificent sight of the spillway’s floodgates open. This only happens once or twice a year, and then only to release all the water not used for generating electricity. Nevertheless, be prepared, for if you are lucky enough to see it, you will witness a flow 40 times superior to that of the Iguassu Falls. 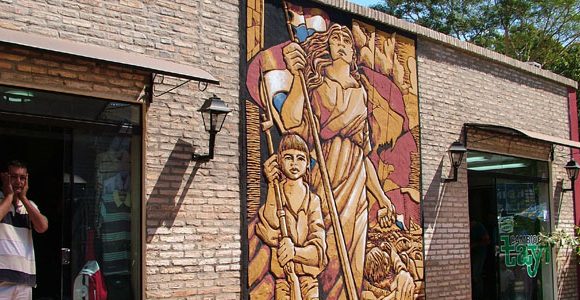 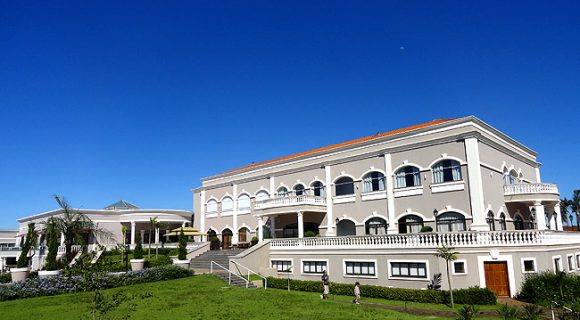 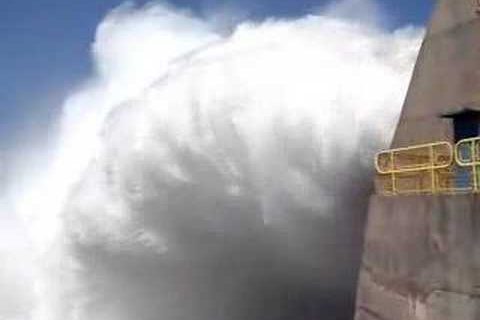 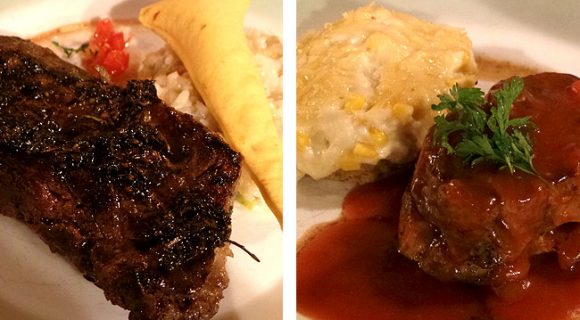